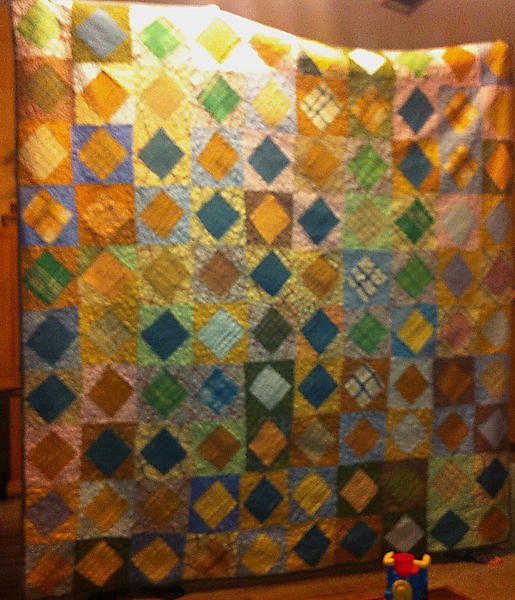 Along with the free frog quilt, I also picked up this top off of the Guild’s free table. I have no idea who put it there- but I enjoyed receiving it.

This quilt had a few more problems. The blocks were hand pieced with rather large stitches and many of the seams had started to fray.

I fixed the frayed seams and then used this top for an experiment.

My teenage son was in dire need for a larger quilt. He is about 6 feet tall now and the quilt I made him for his “big boy bed”, though a twin was not cutting it. (He actually sleeps with both of them now.) 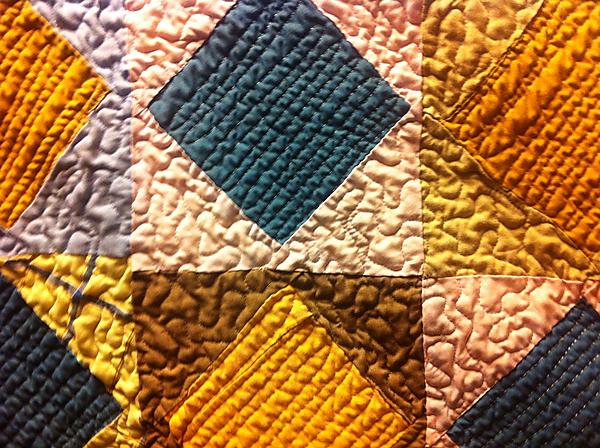 My experiment was this:

What would happen if I put a layer of muslin between the top and the batting?

Why would I want to do this?

Since I was going to quilt this on the long-arm, I was not worried about the additional weight/bulk. I was quite careful when rolling the quilt, to make sure all the layers were even. I still had a little trouble with the cotton batting (where it had been folded) but overall the experiment was a great success. It quilted up beautifully and I had NO problems with the tension! I am looking forward to seeing how it holds up and if my muslin 2nd quilt top idea works out in the end.

Regardless, Logan has a new quilt that I did not have to piece, that is wonderfully soft and bigger! 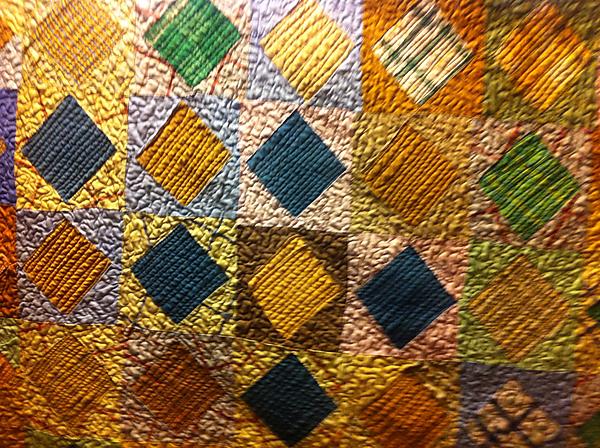