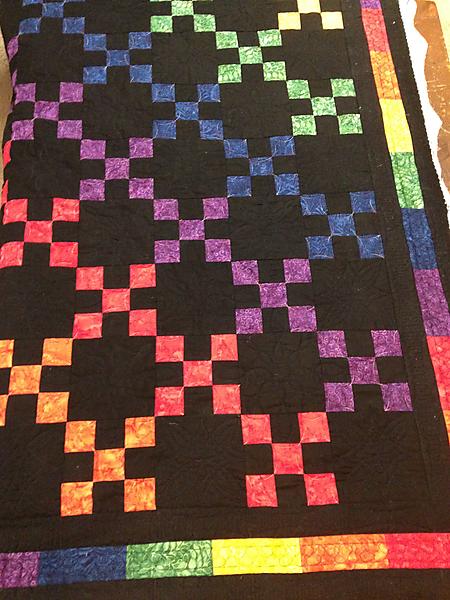 This beautiful customer quilt was made as a wedding present fro her daughter. She is always good about giving me some ideas on what she wants done with the quilting. On this quilt she wanted some celtic designs and for it not to have heavy fills.

I spent some time researching celtic quilting designs and ended up ordering a few stencils for the large solid black shapes. I also ordered a pouncer with white chalk.

We decided to use a variegated thread for the colored blocks and a dark navy blue for the solid black areas. The backing was a dark blue batik. I had a little trouble getting the tension to balance with the batik backing but after so play time and a new needle it started working. 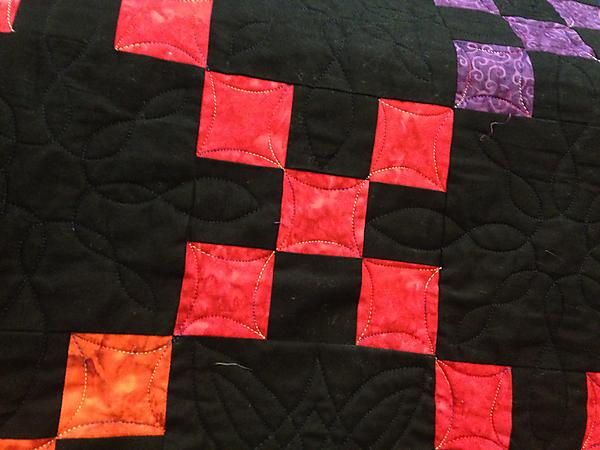 I ended up using 2 different stencils for the black blocks because this was a king sized quilt and I knew that I would have problems with repeating the same pattern over and over…... The only downside with the color change of thread and the stencils is there were A TON of starts and stops. 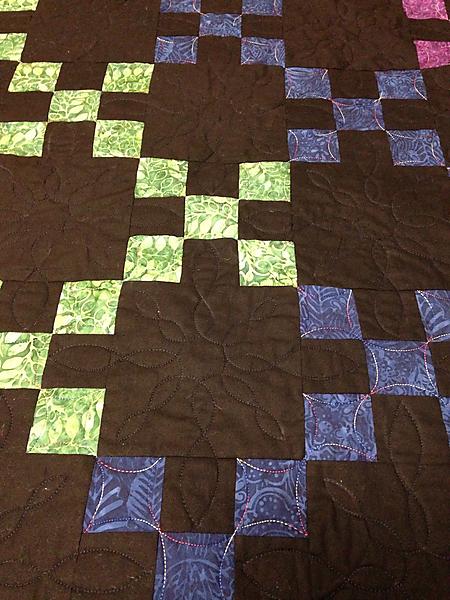 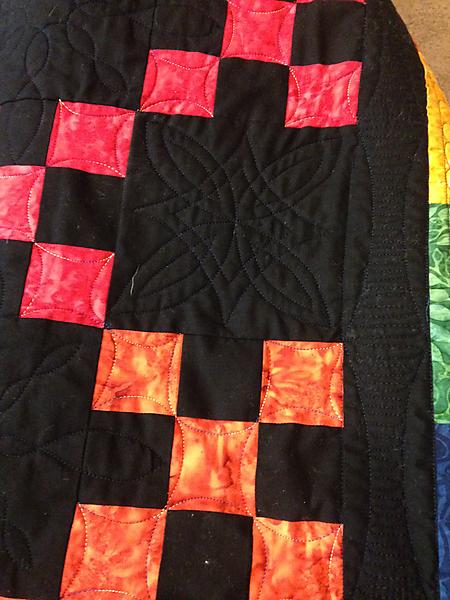 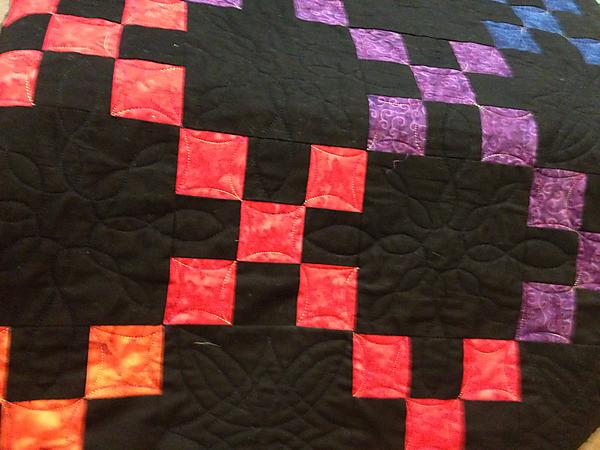 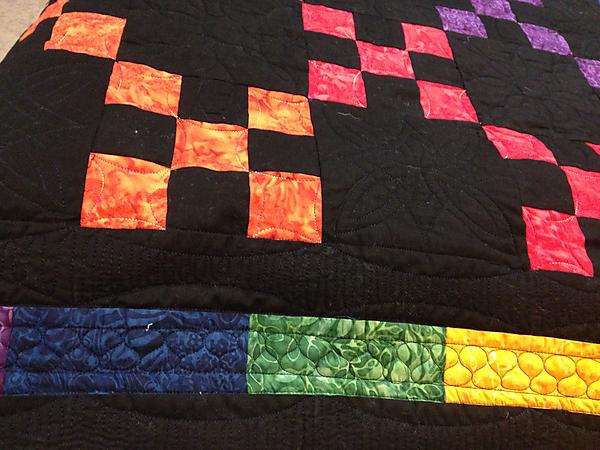 On a side note – you can see in picture below, I had some trouble removing the white marks. It stated that they should be steamed away but that was not my experience. I ended up straying them with water and scrubbing and they still did not completely remove. My hope is that they will with washing. I tried to not apply the pouncing chalk too heavy – but I did need to be able to see it. I will use it again on one of my own projects before using it on another customer quilt.