Sorry, no posts in a long time but it is spring. I wish I could say that it is because I have been busy with spring cleaning but it is really the opposite. The flowers are all starting to bud up and I would much rather be outside working in the garden. It has been this way since I was a girl. I would go outside and work in the garden instead of doing housework. Thankfully, I have a daughter that prefers inside work and would rather clean bathrooms than weeding. 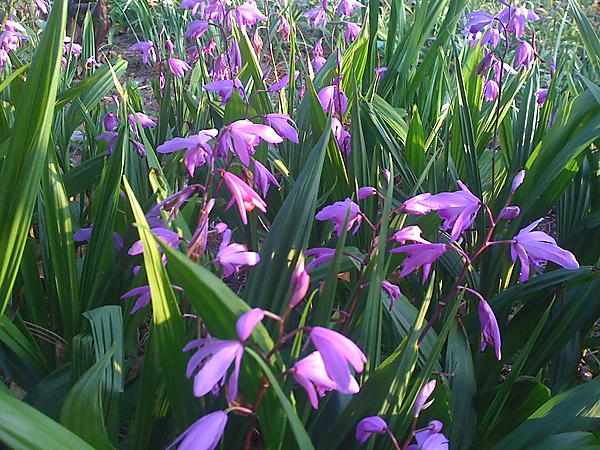 I also have had the distraction of a wonderful camping trip with the family. I was afraid that I would not be able to sit still for 2 days – I did not take any projects with me – but I did it! 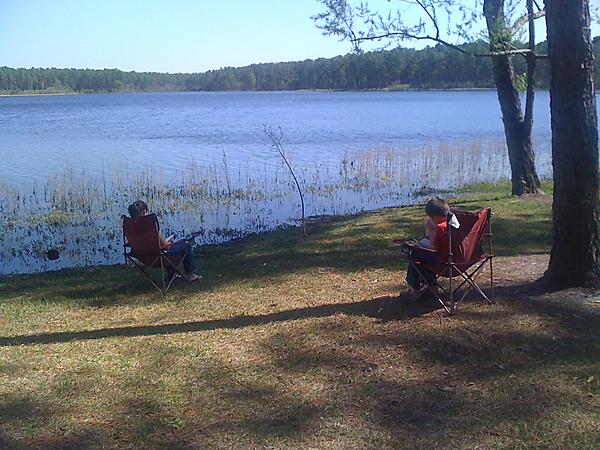 We also have a new addition to the family – a velveteen rabbit named Rabiseuraus Rex – Rex for short. 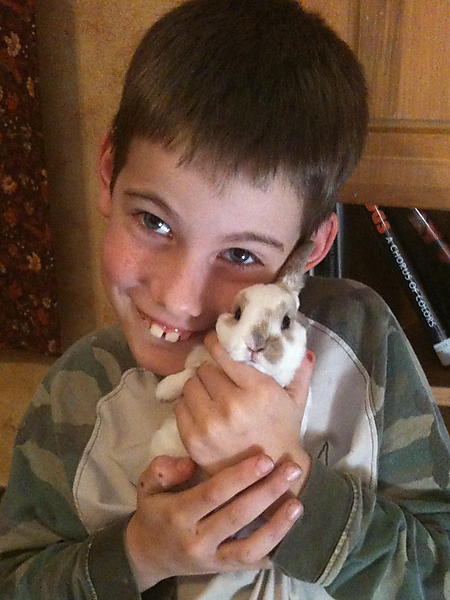 Baby Aaron’s quilt is finally ready to be shipped off. (He is my newest nephew.) Of course, he is already smiling and cooing – but late is better than never. 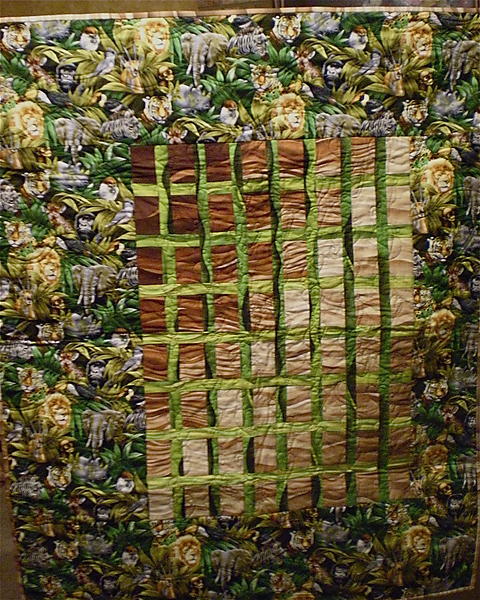 I also have been working on a new lecture on color. I will be presenting it to the Pensacola Quilter’s Guild in June and then again in July to the Santa Rosa Quilt Guild. I challenged myself to make a small quilt from each of the main color groupings. I was going to try to make the same quilt in at least 4 color ways but discovered I really only like the Analagous color way and had to change up the design for some of the others. I will post some pictures of them when they are done. I probably will only have the tops done for the first program but hopefully will have them all quilted later this summer. 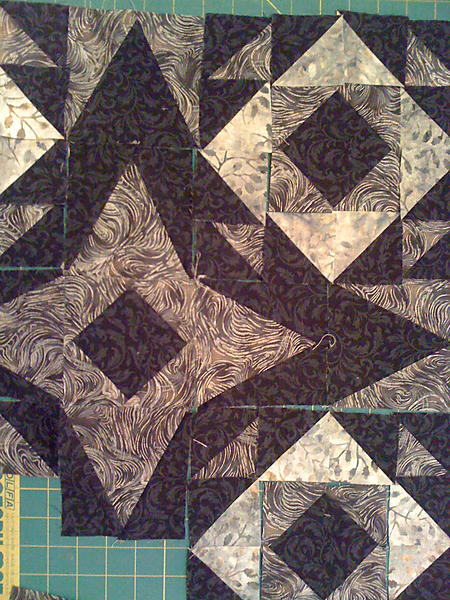 Nice pictures. Looks like a wonderful spring: camping, flowers, cuddly rabbits and kids, and that gorgeous quilt for Aaron. Thanks for sharing.