I am expecting…a new niece in the next month or so! I have had a blast working on a new design and just playing with the quilting.

I planned doing a monogram quilt. I initially wanted to paint the letter “A” but decided to fill it with bubbles instead. I am using a pretty green thread for the detail work and a silver/grey for the background fill. I may still end up doing a little shadow work with pencil later, but so far I love it.

Mark helped me find the font I wanted and placed it in a curly border. Then I hooked my projector up to the computer to enlarge the image and drew it onto my muslin with a blue washout marker. 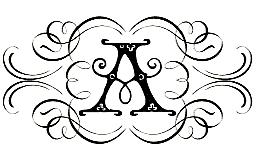 I have started the fill work and feathers. What a fun project! Having the basic design decided, I can now just add the next “layer” of designs as they come to me. 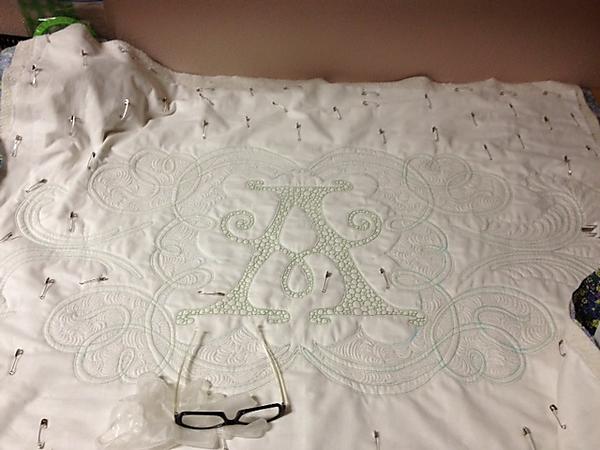 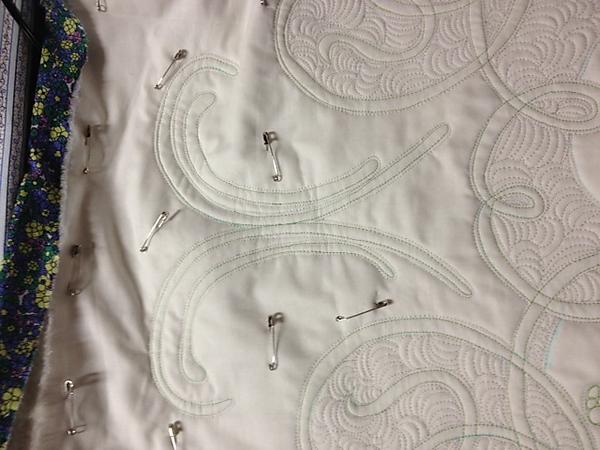 With the feather work. 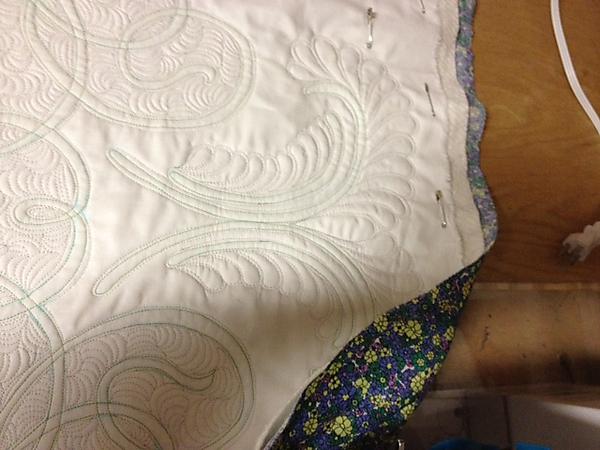