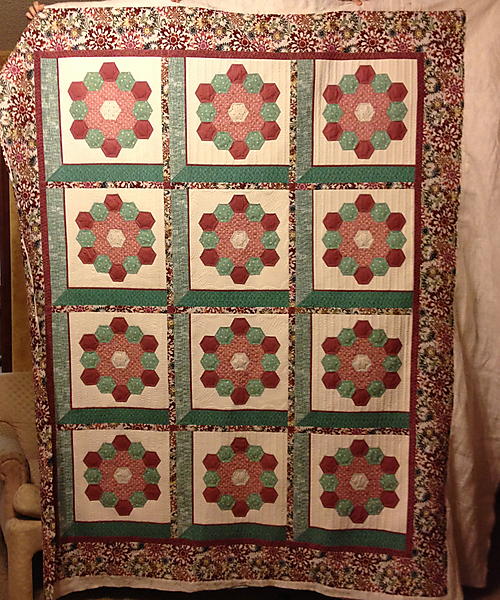 I finished quilting a cool quilt of Cena’s this week.

The story behind the quilt made it so much more fun to do some fabulous quilting on. Cena had taught a class some years ago on piecing hexagons. One of her students gave her the blocks because she had no intention of finishing the project. Cena found out that her daughter was graduating and but a top together highlighting the hexagon blocks. What a great gift to the daughter. So, with such a cool story, I knew I was going to have to kill it with the quilting. I think that this is my best so far. I am learning so much with each project.

I changed up the quilting for the center 2 squares to add a little interest. 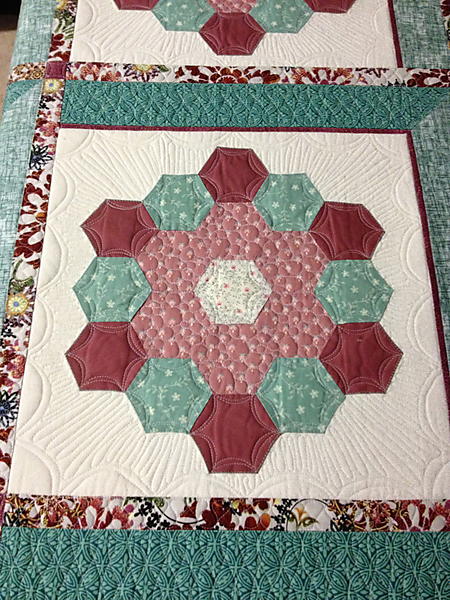 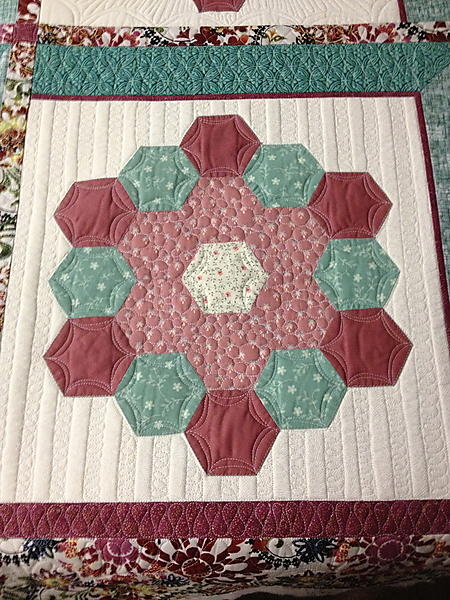 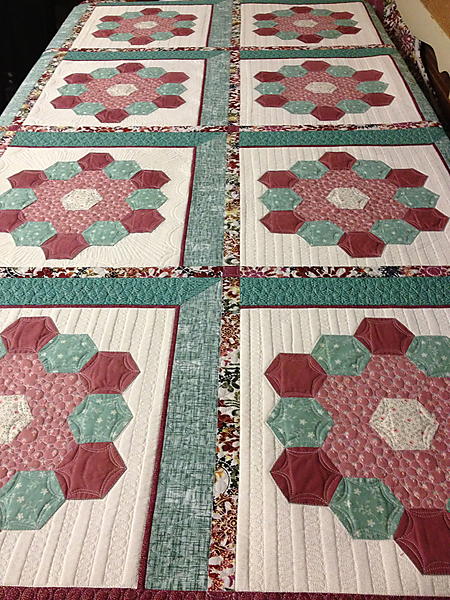 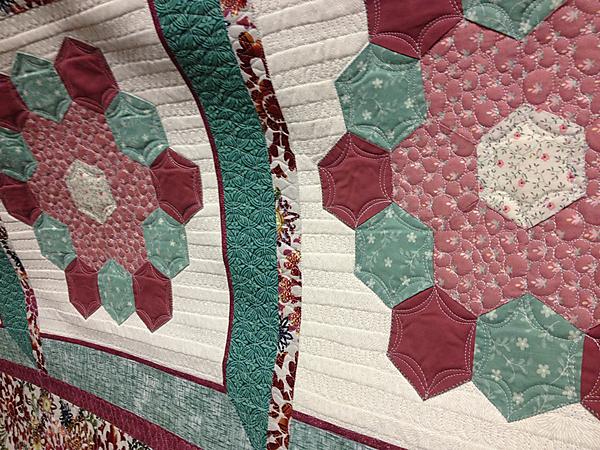 I had given myself a deadline that would probably had been ok – if my thread had cooperated. I had used the brand of thread before with great results – hoping it is just this cone. The thread broke so much – that I spent most of the 14 hours re-threading the machine. Let’s just say that I am getting really good at starting. I tried everything I could think of, even rereading the manual for tips.

I really like that she often pieces her backs. 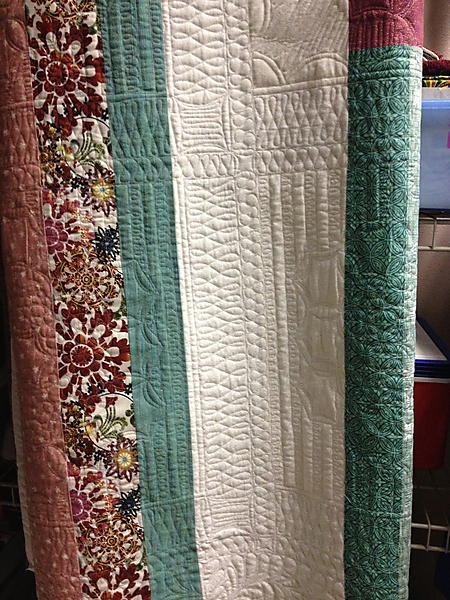 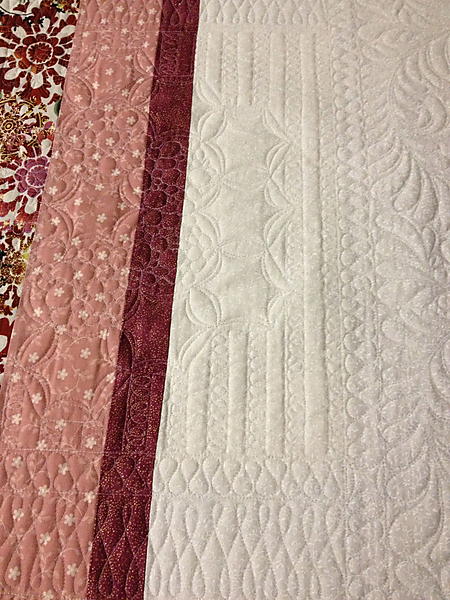 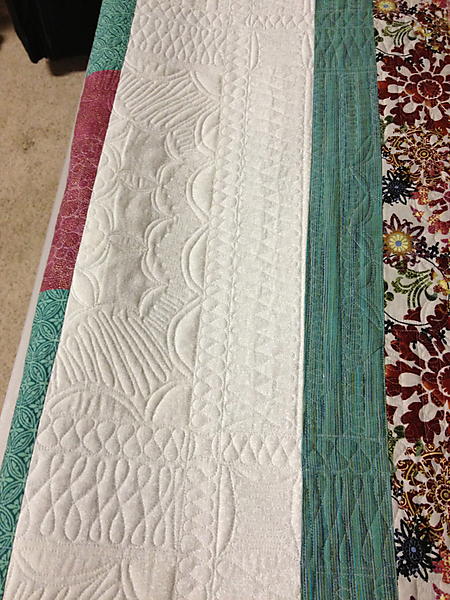